Home Talkstory Igbo Women Are Lazy, They Don’t Like To Work, They Just Want...

Media personality, Noble Igwe has dropped his two cents on Igbo women and the Igbo man in general.

According to the 41-year-old Abia state born blogger, the Igbo women are lazy, they do not like to work and all they want to do is just sit back and enjoy their husband’s hard earned money.

He went further to say that they want to inherit their husband’s property and also inherit from their father’s house as well.

Read His tweets below:- 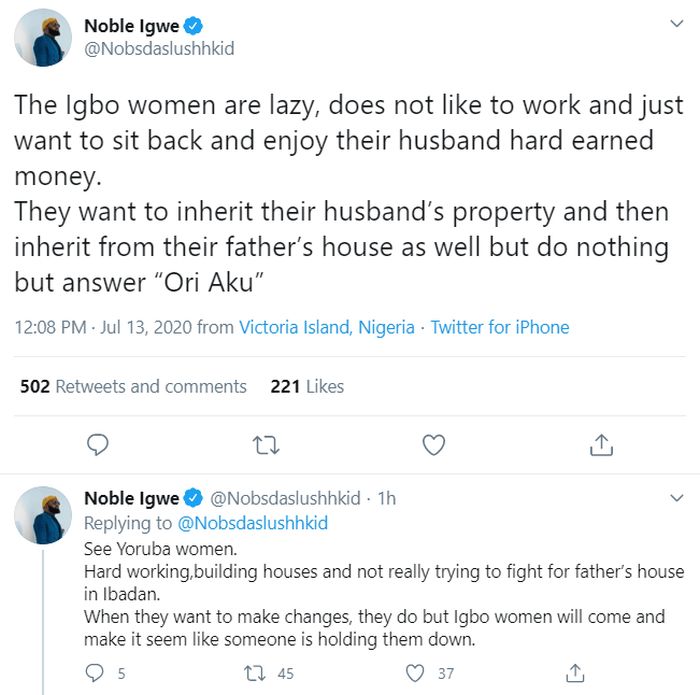 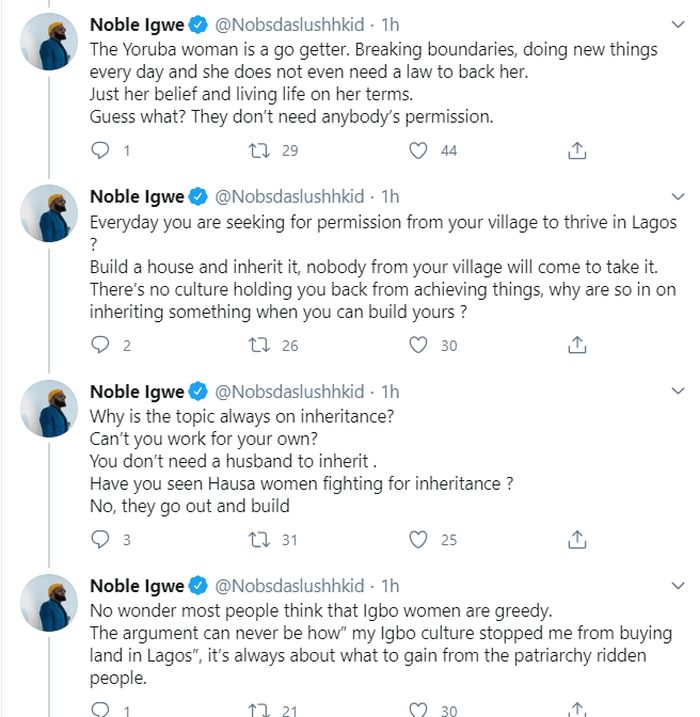 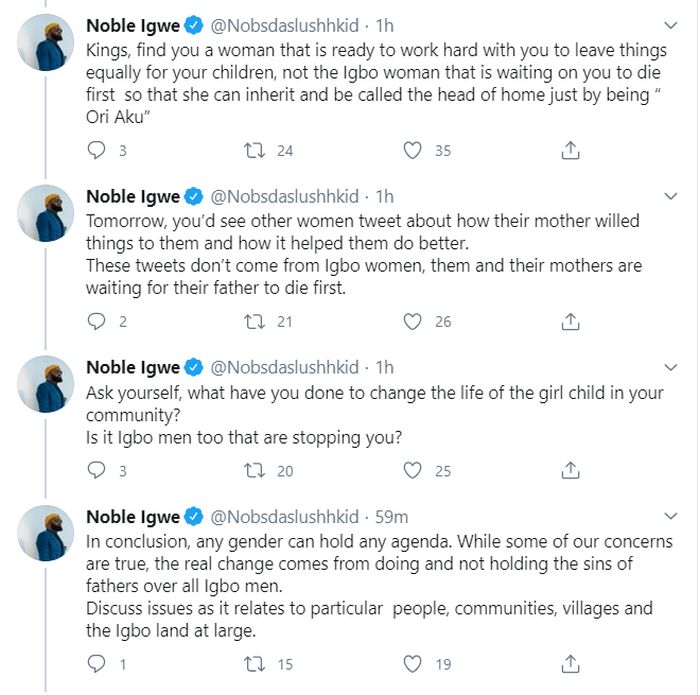 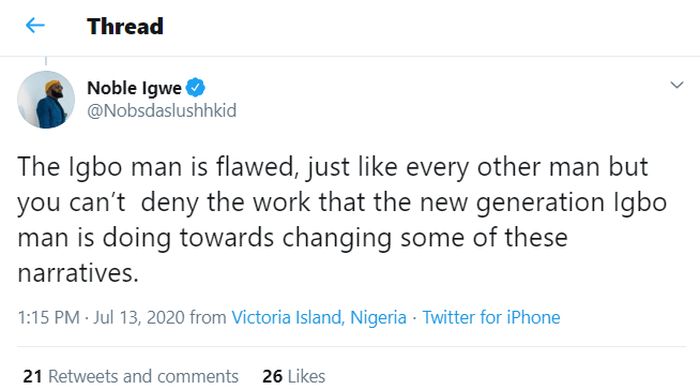 What Do You Think About This?